How New-Age Technologies are Changing the Waste Management Landscape

A slew of digital technologies is helping shift several economies towards an alternative and more circular model of consumption – one that focusses on realising a future of zero waste, by repurposing, repairing and recycling existing resources and goods in innovative ways.

Robotics, the Internet of Things (IoT), cloud computing, Artificial Intelligence (AI), and data analytics are among the technologies that have been adopted by companies operating in this emerging niche. These include companies such as Winnow Solutions1, a UK-based food waste solution provider that deploys AI to weigh food waste in industrial kitchens; ECube labs2, a US-headquartered South Korean waste treatment firm whose trash compactor CleanCUBE3 can carry up to eight times more waste than non-compacting bins, lowering collection frequency by up to 80%; and StartRocket4 which intends to use space-grade polymeric foam to remove space trash.

We have identified a few strategic investment hotspots that are expected to disrupt the waste management Industry in the future. 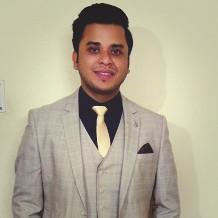